If your child makes the team, a cheque or cash of $175 must be sent to badminton BC following the tryouts. (If funding is needed please contact your local badminton organization). Another $60 will be required to badminton bc by December 31st for the team hoodie and two t-shirts for those members that are on the travel team. By trying out for the team you are also welcome to come to all practices that are held before the BC Winter Games even if you don’t make the travel team.

The team only travels with 5 boys and 5 girls. Players who don’t make the top 5 boys or girls will be on the reserve list to be used for injury replacements.

The tryouts will focus on Doubles and Singles, NO MIXED DOUBLES. We highly consider those who have a strong singles game. 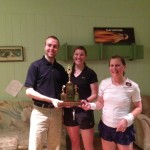 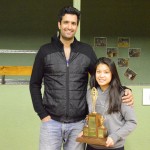 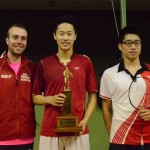 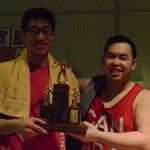 We Have A New Logo!

BC Winter games preparation for 2016

BC Winter games are a provincially organized event hosted every 2 years in BC and in 2016 February 25-28 it will be in Penticton BC.  These games are too provide an opportunity for the development of athletes, coaches and officials in preparation for higher levels of competition in a multi-sport environment which promotes interest and participation in sport and sporting activities, individual achievement, and community development. There are 8 zones mapped out in BC that participate (we’re Zone 6). To play in the Badminton event competitors must be at least 12 years old and not older than 13 years old, as of January 1, 2016 In 2012 Zone 6 came 6th overall in Badminton and in 2014 Zone 6 came 4th. Great results for the “Island Team”.
Zone 6 incorporates a very large area – see below for all the areas that we can select from.